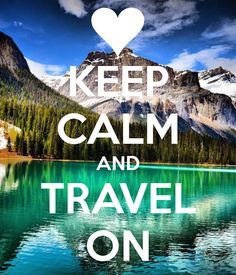 Once or twice a year I suffer the irrational and nauseating anguish of ‘pre-expedition anxiety’. I wonder if I am alone in this. There must be other mothers who know what I mean. It is the feeling you get when you have decided to take your family away on holiday and they unwittingly go along with it, trusting that you must know what you are doing.

In truth the experience hasn’t been exclusively confined to motherhood. There was the time early on in our marriage, when I booked a romantic week in a tiny converted granary in Provence that, years before, had stolen the heart of my art-student self. I was aware that the potential for catastrophe was high, given not only my advanced swollen state of pregnancy, steep stone steps, and searing summer heat, but above all, the foolhardiness of sharing my cherished memory of a bohemian pre-existence that might not stand up to scrutiny by a cynical old soldier. I needn’t have worried though as, giant puffball cankles aside, my rapture at the place’s medieval charm was shared wholeheartedly by my travelling companion. Admittedly this was before he became a fully paid-up Francophobe.

Having roamed the globe as a courageous young military hero, working in remote, exotic and dangerous places, my husband has grown understandably weary (and wary) of foreign places and foreign faces, which leaves me all alone in a fervent and relentless quest to see the world and drag the family along with me. I spend hours poring over guidebooks, perving over flight schedules and calculating to the last penny an affordable budget that might persuade him to agree to another adventure, and if I time it right I can usually win him round. If I didn’t, we would never venture beyond Filey… unless it’s a Bank Holiday in which case we stay home.

After the initial flushes of a new wanderlust, I’ll nonchalantly drop a fresh new travel idea into the conversation, then judge from the response whether to abandon it entirely, or, if I think he is about to bite, I’ll throw in a sprinkle of incentives; cultural/educational benefits, free Wi-Fi, golfing opportunities, cheap beer etc. I know I have him hooked when he says with a non-committal yawn, “Yeees, that sounds okaayy… If you think it’s a good idea; book it!” He barely glances at the pictures, and shows little to no enthusiasm, but I skip off gleefully, waving his credit card.

But now, having pestered and cajoled to get my own way, the optimistic excitement gradually transforms into the gut-wrenching fear of having got it horribly wrong. Perhaps in my haste, misjudging my family’s appetite for adventure (or lack of) I might have mistakenly booked the four of us into a stifling three-bed apartment for a fortnight. Or we might be about to pitch up at a bleak and blustery campsite on the boundary fence of a Scottish nuclear power station. (This happened, and we never speak of it.)

The zenith of my anxiety occurs, often many hours from home, perched perspiring on the threshold of our far-flung accommodation; that villa optimistically described as ‘charming’, or the hotel with ideas above it’s station. At this point there is no going back, but the overwhelming sense of responsibility hangs leaden, like an overweight cabin bag, as I imagine stretching ahead, the long days of silent sulking and reproach for bringing the family to Hell.

The merciful truth is that (on the most part) this is yet to happen. There was one time when, having been abandoned by our taxi driver, we walked, and then crawled, for miles in the midday heat to our secluded holiday cottage high in the steep green groves of Anacapri. I unlocked the door feeling triumphant that this time I had actually found us a little piece of real heaven, but when I turned back to see the faces of my family, two of them had the appearance of prisoners on Death Row being led to execution.

“Seriously?!” Came the reply, “Are those cicadas REALLY going to make that noise the WHOLE TIME??!!”

After a week or so they got used to it. Personally, I cherish the inexhaustible, omnipresent grating whirr of a trillion insects. I even recorded it on my iphone so that I can play it back to them if they ever miss the sound, or annoy me.

We have just returned from our latest sojourn, which had all the makings of a terrible idea. Initially motivated by the fact that Arthur is studying for Spanish GCSE and lacks even the merest inclination to try and pass, I thought he might benefit from a little latin escapade in the form of a four night stay in Barcelona. Well, it wasn’t until I had booked the flights that I realized with dismay that, in the capital of Catalonia, they speak Catalan, which is subtly but significantly different. *Bangs head on desk.

Convinced that I had unwittingly sabotaged Arthur’s chances of ever understanding a word of Spanish, I was further unsettled when my mother asked nervously if I had read the Telegraph’s latest Travel section describing the city as a seething Drug Capital, riddled with crime, swarming with unwelcome immigrants, and locals leaving in droves to escape the hoards of vile tourists. You can imagine that my ‘pre-expedition anxiety’ was pumped up to the max before we went. There I was, about to deliberately expose my sweet children to the horrors of a seedy metropolis on the verge of self-destruction, but hey, the flights and accommodation were a bargain!

It turns out, much to my satisfaction and relief, that the Telegraph had exaggerated somewhat. We found Barcelona to be one of the most wonderful, beautiful, chilled cities we have stayed in, and will certainly return for more exploration, tapas, scents, art and all round sexiness. Arthur really loved it, soaking up the edgy urban Iberian vibe like a sponge, and if he passes Spanish I will claim a small part of that victory as my own for having organized the trip.

But it’s not only the fear of being solely responsible for my family’s ‘holiday happiness’ that constitutes this ‘pre-expedition anxiety’. There is also a week or two in advance of departure in which I am mired in the stresses of making sure that Rose has sandals that fit, or that we have had our jabs done in good time for exposure to deadly disease. Then there’s the job of finding suitable accommodation for our dog while we abandon him, plus the distribution of the various tedious chores of keeping our other pets and hanging baskets alive while we gallivant. It is a true friend and neighbour who undertakes to tend a flock of hens, a hamster, two budgies and a tank of tropical fish.

My reputation for being ‘a bit flakey’ means I’m on heightened alert for cock-ups and lost tickets/passports/timetables. Endless lists are crossed off daily, with unfinished actions carried over onto the next day’s task list. A few days before D Day I am on hyper drive, Baby-bio-ing the house plants, scrubbing out the hen-house, and manically laundering clothes almost before they are taken off. Travel plugs must be located, shampoos decanted, and it is suddenly imperative that I complete filing that is three months over-due. I even consider sorting out the garage. In the dawn light, with moments to spare before ETD, and while the family sits sleepily in the loaded car, I whisk through the house squirting Harpic into the loos, making beds and wiping down surfaces. Strangely, being the one who insists on these escapades, I appear to be suffering from a sort of separation anxiety. When it comes to it, I can’t quite bear to leave home.

This madness stems from the knowledge that when it’s all over and we return to Blighty, there will be an inevitable post-trip comedown. At least everything will be clean and tidy while I mope about the house wondering why we have so many things, and lamenting the fact that it doesn’t smell like our villa/olive grove/beach. I have already Googled ‘What perfume is it they wear in Barcelona?’ and ordered a bottle of Massimo Dutti. Now it is almost time to spin that globe again and decide which destination I will try out on the family next time. Perhaps I should order a bottle of Kalms while I’m at it.