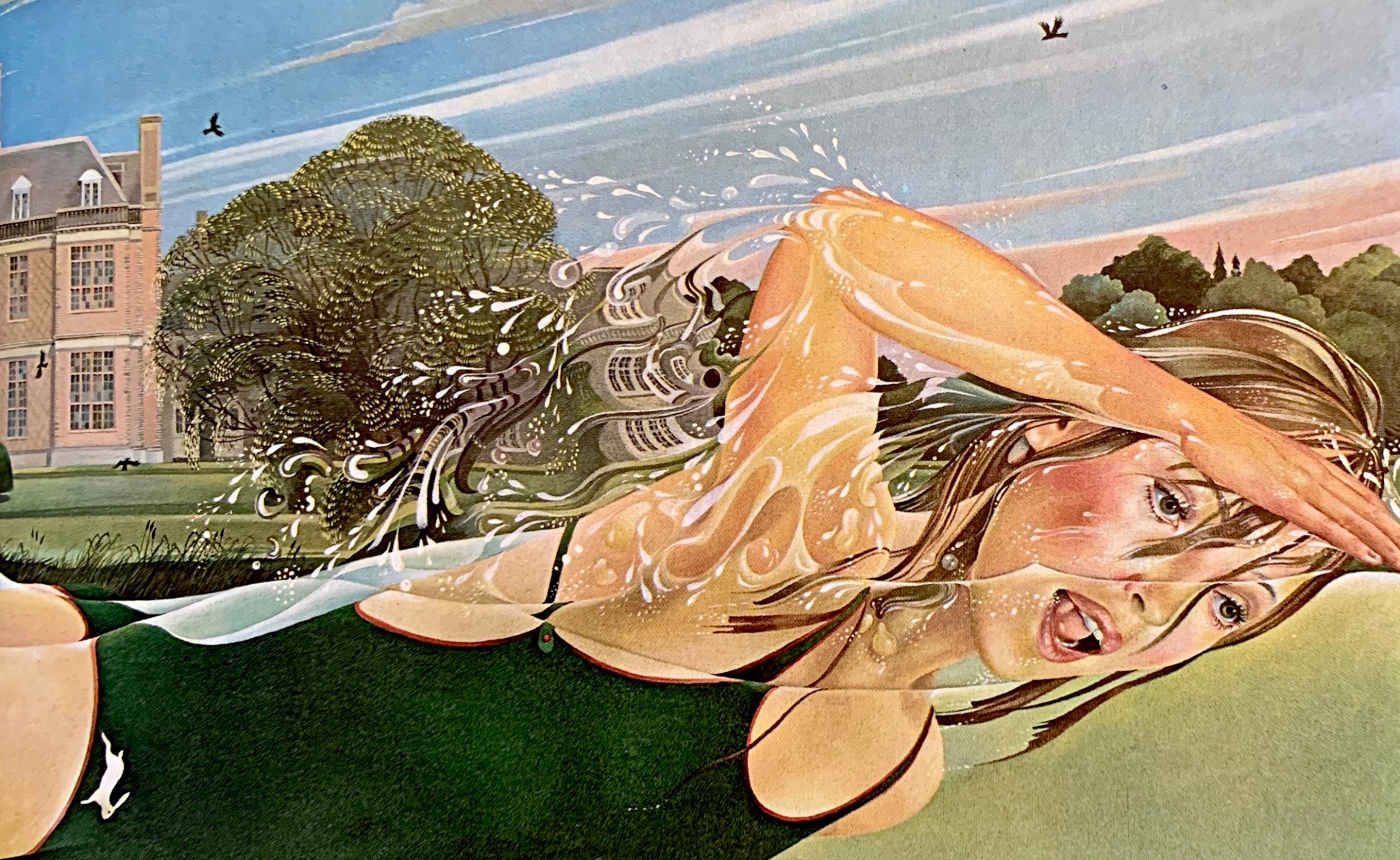 My toes are just beginning to feel like they belong to me again, but the buzz in my veins is still deliciously tangible.

I woke late this morning, reluctantly emerging from a sensual dream world, back into the tedious every day. Of some consolation was the recollection that today is the first Open Water Swim of the season, and spurred on by that, I sat upright and stretched my arms wide. Without showering I shimmied into a cozzy and pulled on a pair of old joggers and a fleece. Rarely am I prepared to reveal my bed-head to the public, and although I had just enough time, (and vanity), to swipe on a coat of waterproof mascara, I actually drove to the lake wearing what must have looked to other road-users like a fright wig.

My heart was beating with more pace than usual as I took up the stubby blue biro to complete the annual membership form on the counter. Not having memorised my next of kin’s telephone number, I reassured the receptionist that he would soon be along for his Full English, and therefore be conveniently on hand to carry my blue corpse home if necessary. A tiny burst of feeble laughter followed.

Soon I was pulling the first leg of my wetsuit up over my knee. At least I thought it was my wetsuit, but it appeared to belong to someone quite a bit slimmer. Ah yes! That was Me before the great winter scoff-fest and hibernation season. With the encouragement of two or three star-jumps the suit eased over my shoulders and I enjoyed the divine embrace of neoprene around my ribs as I pulled the zip ribbon up to the back of my neck and velcroed in.

At the water’s edge, dappled in spring disco-ball sunshine, I caught the goggled eye of a fellow swimmer beside me. We laughed at our folly, a joke shared among those of us contemplating a headlong plunge into frozen oblivion. He looked nervous, a first timer, but clearly fit, young and strong, so I assured him that he’d be okay, as I began a confident, forward-focused wade into the deep. Not wanting to lose face I successfully submerged my whole self without emitting a single unladylike hoot, and soon I was pushing through the dark water towards the first buoy.

After the initial creep of cold down into the hollow of my back, and the inevitable lockjaw, I relaxed my face into the warming sunshine and found a steady rhythm. I think I lost radio contact with my hands first, and then my feet followed, but the rest of me felt very present, you could almost hear it belting out the Hallelujah Chorus. A thumping heart filled my body with the energy that had lain dormant all winter, and soon I was puffing my way to the third buoy.

Wild swimming brings many distractions from the discomfort of coldwater and creaking muscle. Floating eye to eye with resident waterfowl, surround-sound wetland birdsong and the sheer freedom that 360° of sky allows, brings about a euphoric state that is hard to match anywhere else. I wondered if it was lost on the few hard-core triathletes, ploughing through the water past me as they set their first PB of the season. The rings on my wedding finger began to work loose so I took them off and tucked them down the front of my suit. Behind me I heard a little cry of anguish, and turned to see my fellow swimmer throw in the towel and crawl back to the bank. In fairness, women have the advantage of keeping all their sensitive equipment tucked away, but for men this initial stage can be rather more challenging. Still, I allowed myself to feel a tiny bit proud of my out of shape but hardy middle aged self.

By now, lungs having spent the darker months filling with centrally heated air and blanket fluff, wheezed slightly, but the fourth buoy approached with surprising speed. Finally I took a leisurely scull onto my back past the end of the pontoon, and the attendant brown-legged lifeguard. I felt grateful that I had not needed his attention.

Like Neptune I emerged from the water, my sleek shadow casting an impressive silhouette up the slipway as I peeled myself, like a huge dripping black banana, out of the suit. It’s essential to start the peeling process while you are still slick because as it dries it becomes increasingly impossible to extricate yourself from the clinging cocoon. Even so, a comical waggle dance is required to release first your numb and reddened arms from the suit, then your legs and lastly and most difficult of all, your feet, which by now, could belong to anyone but are definitely not yours.

There sounded a silvery tinkle as my rings dropped to the changing room floor and it became clear that due to the cold, my brain function was more impaired than usual. Like a half-wit I attempted to thread first the engagement ring, and then the three-band Russian wedding ring back onto my raw finger and found myself giggling at the almost insurmountable challenge of the task. Endorphins were still surging, and I felt wonderful. Another strange side effect of a 20 minute plunge into 12° lake water is the numbing of skin, which made for a most peculiar sensation as I washed the silt from my body in the shower.

Feeling slowly returned to the soles of my feet as I stepped onto the knobbly rubber shower mat which then felt more like a bed of nails. As I stood there dripping, my heart sank with the realisation that, in my haste to get here, I had forgotten to pack a towel. A rub down with a tee-shirt is a less than perfect end to a cold dip, but did nothing to diminish the glowing great sense of triumph, and jubilation that comes with the first swim of the season.

Like an addict looking for the next hit I am already looking forward to going back in. More adventurous forays to remote pools and tarns with friends are being planned for this summer. Janet’s Foss is calling me. Why don’t you join us? You know you want to.

A season’s Open Swim membership at Allerthorpe Lakeland Park costs £23 and is worth every penny. www.allerthorpelakelandpark.co.uk